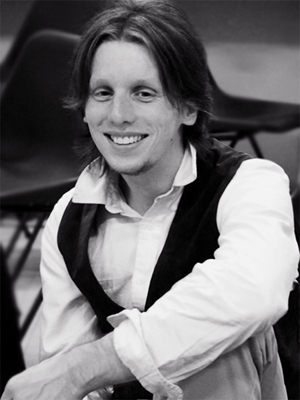 Chris Hutchings is a composer based in Edinburgh, specialising in choral music. His works have been performed and commissioned worldwide. He has won several awards, including the Murau International Music Festival first prize 2019, Chigwell Choir Young Composers’ Competition, New London Singers Composition Prize, and the Temple Church Composition Prize.

His works have been performed by King’s Voices (Cambridge), Christ Church Cathedral College Choir (Oxford), the National Youth Choir of Scotland, the Edinburgh Singers, Chicago A Cappella, the New London Singers, Cappella Nova, the University of Glasgow Chapel Choir, and a wide variety of soloists, choirs and chamber groups in the UK, US, Canada and beyond.

Recently completed commissions include: a Mass for three Edinburgh churches; a work for the Jan Modelski Community Orchestra, produced under Sound and Music’s “Adopt A Composer” scheme; a Scots song arrangement for the Deutsche Chor, London; “O Praise The Lord, Ye Angels Of His” for St Giles’ Cathedral, Edinburgh; “Adeste Fideles” for Wimbledon Choral Society; “I brought your name to the river” for the Edinburgh Singers; “Answer The Question” for the National Library of Scotland; and five Scots songs with original lyrics by Bob Pegg for Dingwall Choral Society.

Chris has received funding for composition projects and tuition from Creative Scotland, the Hope Scott Trust, the St Magnus Festival, AHRC, Dartington International Summer School, and the Bliss Trust. He has an MMus from the University of Hull (2001) and also studied at Cambridge and Glasgow Universities.

Chris is particularly interested in vocal music, and in using singing to bring out new readings or hidden meanings within texts.

Enquire about commissioning a new work

Chris Hutchings is a composer based in Edinburgh; his works have been performed around the world and been broadcast on Radio 3 and Radio 4, and won several prizes.

Chris is passionate about social and environmental justice, and runs #ChoirsForClimate, providing resources and music to choirs who are passionate about the environment, and #ChoirsAgainstRacism, sharing anti-racism and social justice music and more. Most of the music on those sites is available under Creative Commons licenses.